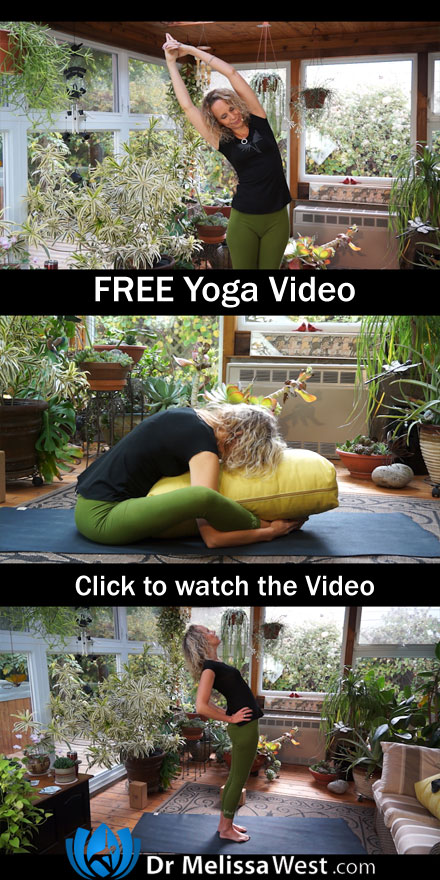 Your central nervous system includes your brain and your spinal chord. There are many nerves that connect your brain and body parts and organs through your spinal chords. Your nerves exit your sine between your vertebral foramina. If your spinal column is compressed, out of alignment or your discs have wear and tear, then your nerves become impinged which cuts off the flow of energy to your muscles and organs. By maintaining the suppleness of your spine through yoga you are greatly assisting your central nervous system.