The Yoga with Melissa story began first offline in 2002 and then online in September of 2009. Almost every time I speak to you one on one you tell me how much you love our “real yoga for real people” tagline. The thing is, that wasn’t just a tagline, that has been our core value since the beginning.

More than ten years ago now, both Tim and I did whatever we could to make ends meet. I’m sure a lot of you can relate. Tim did printing, web design, and sold cars. I taught ten yoga classes a week, and did thai massage and yoga therapy. We were both burning the candles at both ends to put food on our table and keep a roof over our heads. 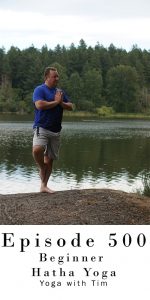 One of the jobs that Tim got was to film a commercial for a real estate company. When asked to quote a price for the job, he quoted them the price of the video camera to cover his costs. Once he had a video camera, he sat down and pitched me the idea of starting a weekly video podcast. You see, back then, being a YouTuber was not a thing. Cameras on cell phones were not even a thing yet.

Part of the plan seemed like a good idea. I have always been incredibly creative in my class planning. My students would be upset if they missed one of my classes and so it seemed like a good solution to film the class I was teaching each week and make it available to them online. However, you have to remember, back then, the only thing we had to compare a yoga video to were DVDs, you know, like Rodney Yee, and they were super polished.

That is how “real yoga for real people” was born. I said if we were going to do this it was going to have to be low production value. I couldn’t imagine Tim spending hours producing a yoga video each week.

As it was, it would take us all week to produce a Yoga with Melissa. We would start on Monday, we would film – on tape back then – and then convert tape to digital files. Tim would stay up all night with those files, because I cannot tell you how often those files would fail!

As we move into our second decade I feel even more connected to our real yoga for real people nature. Even though I continued teaching with frozen shoulder, I have noticed that I dropped a lot of poses from my practice because I couldn’t do them anymore.

One thing I am doing in my personal practice is building the progressions to these poses back in. That is putting in the building blocks, not so that I can do fancy poses, but so that I can move. I liken this to all the time I used to spend practicing scales, chords and arpeggios in my time as a music major and growing up taking music lessons. Technical studies like Pischnia for any of you who took piano lessons. Gosh who remembers those? These progressive, foundational and rigorous practices are core to our ability to move.

The other thing I hear again and again from so many of my students is how much you appreciate the deeper explorations that are encouraged through my teachings. For that I am grateful for being awarded a Phd, in communications and cultural studies that has allowed me to continually research and comprehend large amounts of information, define problems, identify the possible causes, and implement meaningful solutions for my students .

However, what is most meaningful to me is the connections and friendships that my students have made through our community and our classes. I am incredibly grateful for the over 10K (ten thousand) hours of training with Phoenix Rising Yoga Therapy as a Yoga Therapist, Group Facilitator and Yoga Teacher. That training gave me the foundation to create a compassionate and non-judgmental community. Again and again I hear from my students the no advice rule in our community creates a safe container that they have not found anywhere else in their lives.

So that is a little bit about who we are, where we came from and where we are going. It is great to have you with us. Thanks for stopping by and let me know if you have any questions. I would love to know how you came to yoga and your aspirations and intentions! 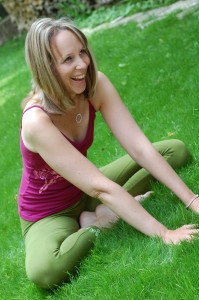 Real Yoga
This was in response to the many forms of athletic yoga in North America that view yoga as a an athletic workout or a physical practice to get a bikini body.

Yoga with Melissa connects the physical with the philosophical and historical contexts of yoga. We focus on all levels of our experience from our physical bodies to our thoughts, emotions and our breath to our spirit.

Some of the series we’ve focused on include Hindu mythology and the stories and meanings behind the yoga postures, the yoga of emotions, the “yoga jargon” from the yoga sutras, the yamas and niyamas all the while still attending to the needs of beginners with beginners classes and series.
Real People
We are definitely not size zero magazine models demonstrating yoga postures to perfect execution. We are real people with real bodies and real limitations. We do our best in the postures and Melissa offers lots of modifications in the poses.

We live real lives in the real world. We are busy and we can’t always get to the yoga studio, live in areas where there aren’t any yoga studios, or can’t afford the $20+ for a yoga class. Yoga with Melissa offers the opportunity to take free weekly yoga classes as well as a membership site for those who want to go deeper in their practice for a reasonable price.

Every once in a while somebody asks me where does the Dr. in Dr. Melissa West come from and so I thought I would make this video covering a little of the history of the academic training I’ve had. I began my academic studies at Wilfrid Laurier University in Waterloo Ontario at the school of music where I spent many hours performing both solo and in orchestra on the flute, however I received an honour degree in music theory. My first degree is a Bachelors of Music degree. From there I moved on to McMaster University in Hamilton Ontario and studied Music Criticism. My thesis was on Music, Emotions and the Role of the Body and I received a Masters of Arts there. I started my Ph.D. in Music at York University but after two years I transfered into Communications and Cultural Studies. This is where the doctor part comes in. I received a doctor of philosophy in Communications and Cultural studies from York University. My dissertation was titled Marketing Madonna: Celebrity Agency Across the Culture Industry, The Processes of Commodification and Audiences’ Meanings and Practices. As far as my yoga lineage, I spent a lot of time practicing yoga at Esther Myers Yoga Studio in Toronto almost immediately following her death. My main teacher there was Tama Soble. My certification comes from Phoenix Rising Yoga Therapy and I am a certified Phoenix Rising Yoga Therapist, Group Facilitatory and Yoga Teacher through their organization. My main teacher at Phoenix Rising Yoga Therapy was Elisa Cobb. In this video I explain how each of these places have influenced my teachings today. Namaste, Melissa