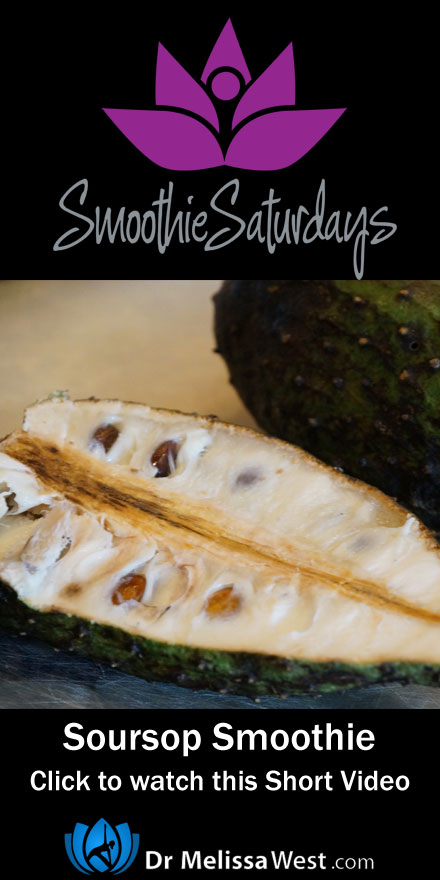 The health benefits of Soursop Fruit

: Soursop fruit is rich in fiber and is high in vitamin C, B1, B2, phosphorous and calcium. There is evidence that soursop fruit inhibits the growth of human breast cancer cells. This research was done in vitro, however the effect has not been studied in humans. A lot of people are calling soursop fruit ten thousand times more effective than chemotherapy. As I did more research into this as well I found an article where it was explained that “cancer is not one disease, it is a spectrum and even within one kind of cancer there is not one cure that fits all.” In laboratory studies soursop extract has been shown to kill some types of liver and breast cancer cells that are resistant to certain chemotherapy drugs, but there haven’t been any large scale studies on humans.

Soursop fruit comes from Mexico, Cuba, Central America, the Carribean, Brazil, Peru and Venezuala. The flavour is described as a combination of strawberry and pineapple with sour citrus flavour notes contrasting with an underlying creamy flavour reminiscent of coconut or banana. Today we’re going to make a juice with the soursop fruit, but it is also quite common to make an ice cream with it as well. Perhaps another day! 🙂

There is also a link between a highly atypical form of parkinsons disease and soursop fruit – however as I looked into this further – that was from consumption of the seeds.The compound annonacin contained in the seeds of soursop is a neurotoxin and it seems to be the cause of a neurodegenerative disease. The only group of people known to be affected live on the Caribbean island of Guadeloupe and the problem presumably occurs with the excessive consumption of plants containing annonacin. The disorder is a so-called tauopathy associated with a pathologic accumulation of tau protein in the brain. Experimental results demonstrated for the first time that the plant neurotoxin annonacin is responsible for this accumulation

Stevia is a great sweetener, thanks to Roger and his comments on Google plus about me always using agave or maple syrup for encouraging me to look into this sweetener again.