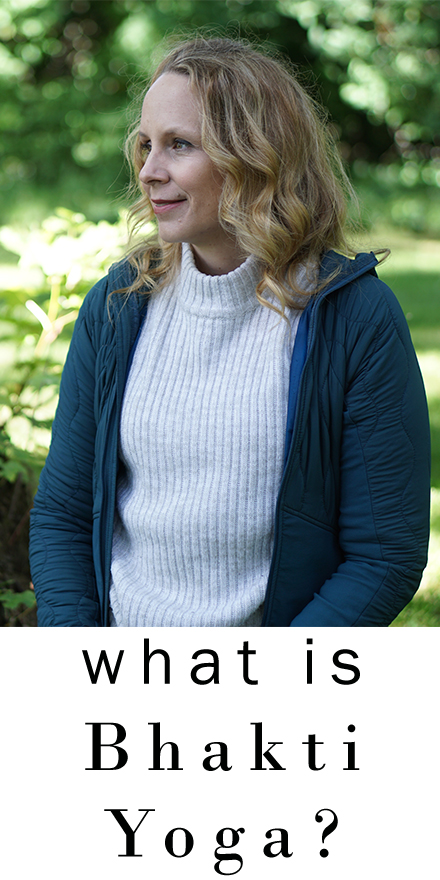 Bhakti Yoga is said to be the fast track to enlightenment. In this video I will explain what bhakti yoga is and how my practice of it has evolved over time.

Bhakti yoga is a yoga of the Hindu tradition that offers a total surrender and faith to God and develops our capacity to love. It is said when realization is reached on this path of devotion that you will love all and hate none. It is not about generating love for personal gain. Bhakti is said to be the easiest way to reach the Divine. I would agree with that statement and I will explain why that has been true in my own experience in a little bit.

As with any teaching, there is no right or wrong or better, best. There is only the way that resonates with you the most and allows you to awaken to express your own Highest Self for the benefit of all beings in the world. That will be unique for each one of us.

Hi I´m Melissa from Yoga with Melissa, I teach yin yoga, restorative yoga, hatha yoga and yoga nidra. I am a student of Tibetan Buddhism in the lineage of Dharma Ocean. If you are new here, welcome. I put out a video every Monday and Wednesday morning at 9:30 am PT and Friday at 9:30 am PT on my main channel I release a one hour yoga video.

What Bhakti Yoga has meant to me has changed over time. I have been teaching on YouTube since 2009, so we have a rather public record to look back on and explore how my attitude of devotion, surrender and cultivation of love has evolved.

If you go back to the Vishnu series in 2011, Ganesh Series in 2012, Shiva series in 2012 Lakshmi series in 2013, Durga series in 2013, I saw bhakti yoga as surrendering my devotion to an object outside of myself. At this stage of my spiritual development it was useful to have an archetypal representation of the divine. I think perhaps because it wasn’t possible for me to see these attributes within myself at this time.

What stands out to me is that these classes do not extend past 2013, definitely not past 2014. This was a time of great transition for me. I was dealing with a lot of personal ongoing illness with chronic migraines. Our family also made the decision to make a huge move across the country. The move allowed me to access new ways of practicing yoga, specifically yin yoga and meditation that focused much more on Taoism, Buddhism and the philosophies of chinese medicine. You will see that change slowly came into my teachings more and more. 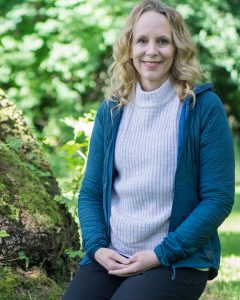 When I moved to Victoria BC I was introduced to new teachers and teachings. Yin yoga was completely different from other kinds of yoga and my yin yoga teacher here, Carly Forest, taught me the importance of relaxing, yielding, letting go and resting as ways of nourishing and nurturing myself through a yin practice. In 2016 when I was introduced to the teachings of Reggie Ray and my meditation teacher here in Victoria BC, Neil McKinlay, I was introduced to a whole new way of meditating called somatic meditation. Suddenly meditation was no longer a disciplined and punishing practice. There was a lot of softness and compassion that came into the practice over the next few years.

Through yin yoga and somatic meditation, what bhakti yoga means to me has evolved. While what bhakti yoga means to me in still lines up with the definition in the traditional definition, it has definitely changed. It still means surrendering to the Divine and it probably means that in a deeper way than before. However, I do not see the Divine as a theistic deity external to my being. For me, now, after taking refuge vows and bodhisattva vows, it has evolved into being about surrendering my aggression, my agenda, my life planning, and letting go of my small ego-self.

It is about opening to the awareness, clarity, wisdom, love, and vastness of my higher Self as well as following its guidance in right action and right relationship in my life.

You can also see how those teachings on listening to the Divine within has always been there in my teachings throughout with classes like: Listening to Your Whole Body Series in 2011 and the Awakening your True Self series in 2015,

Listening with your Body

For me I have had a reorientation of my attitude when it comes to Bhakti Yoga. To truly offer devotion to my Higher Self, this has to translate to right action in my life in a deeper way. I try not to punish my body as much as I used to with overwork based on my own ambition. This is something I am continually re-establishing in my life.

Devotion to my sacred Self means respecting my body and life as precious. It takes a great amount of discipline in a world that encourages us to be more, do more, achieve more and buy more. It is a continual commitment to adequate rest, movement, and nourishing food. This is what Bhakti yoga means to me in a daily way nowadays.

If this is something that interests you, we will be focusing on Bhakti Yoga in our membership community in July of 2019. We would love to have you join us for a month of yoga as devotional practice in the way that I have described above.

If you made it all the way to the end of the video, give yourself a thumbs up and put I surrender to the divine. I would love to know how your practice of yoga and meditation has evolved over your years of practice. Be sure to subscribe because on Wednesday I will be releasing a video about the 5 attitudes of devotion or the five bhavas.