Props Needed for Today’s Class: Yoga Blocks, Yoga Strap
Yoga Postures: 3-part Breath, Apanasana, Supta-Pandangusthasana, Gate Pose, Parvotanasana. Trikonasana. Parivrtta Trikonasana, Prasarita Padottanasana Wide Legged Standing Forward Fold, Purvottanasana/East Stretch Posture (Reverse Plank), Marichyasana, Gomukha Paschimottanasana 1/2 Cow’s Face Forward Fold
Thank you for making us Canada’s Most Popular Free One Hour Online Yoga Show. Thank you for leaving your ratings, comments and testimonials at
http://www.thankyoumelissa.com
For more great videos check out my membership site and become a member today
Yoga with Melissa 151 is a hatha yoga class on letting go. This hatha yoga class is inspired by one of my most favourite hindu mythology stories of Shiva. In this story we witness the difficulty that Shiva, the God of destruction has with the passing of his beloved Parvati. It is the support of his dear friend Vishnu, the God who sustains who helps him let go a little at a time. In this story the family forms a new way of relating to each other so that they can deal with the passing of Parvati and all get along.

Once you have heard the story of letting go, we will go into 3 part breath which is wonderful for its huge letting go on the exhale. Then we will move into the classic hatha yoga posture for letting go, apanasana. We will stay on our backs to release your hips and hamstrings with hand to big to pose. When we come upright, we will practice gate pose. Then we move into a sequence for our hips and hamstrings: standing forward folding triangle, to triangle, to reverse triangle to wide-legged standing forward fold. Our backbend today is strengthening for your upper body, that is reverse plank. We will finish our yoga practice with a seated twist, marichyasana, and then cow´s face forward fold. 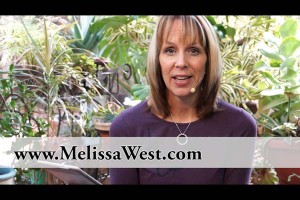 One evening Shiva and Parvati found out that they had not been invited to one of Daksha’s fire ceremonies. This was a major snub since Daksha was in charge of ceremonies and sacrifices and to not invite Shiva and his own daughter, was a major insult. Shiva as usual could care less. He felt that Parvati and himself could have just as nice a time on their own that evening. Parvati on the other hand got upset and decided to go to the party and embarrass her Father for not inviting them. Well, of course things did not improve at the party. Daksha did not even acknowledge Parvati’s presence. Parvati returned the insult, she stood at his feet, disowned him as her Father and threw herself into the sacrificial fire.

Shiva had been meditating on Mount Kailas and he opened his eyes in horror. He quickly made his way to Daksha’s ceremony. Shiva retrieved Parvati’s body and his rage turned to Daksha. He opened his third eye and reduced Daksha to ashes. Turning away Shiva began to wander aimlessly, carrying Parvati’s body, his tears leaving a path behind him.

Eventually his friend Vishnu came to help lighten his load. As Shiva would turn in his aimless wanderings, Vishnu would sneak up behind him, cutting away a bit of Parvati’s body, allowing it to fall to the ground. Vishnu was lightening his burden, bit by bit.

In the course of time, only a small bit of Parvati remained, Shiva threw away what remained of his grief and decided to return to Mount Kailas. On his journey back he realized something miraculous had happened, wherever a piece of Parvati’s body had fallen, a temple or holy place had been built.

Shiva began to smile at this beautiful message from Parvati. Eventually he returned to the place where he had reduced Daksha to ashes. There Daksha’s wife Mena was still in mourning. Shiva restored Daksha to life and the three of them performed the fire ceremony together.

Shiva then returned to his home on Mount Kailas and to his surprise found Parvati waiting for him.

What can we learn from this story? Even the God of destruction has a difficult time with death! It must be remembered according to these teachings, death is not death in the sense of passing into non-existence, but simply a change into a new form of life. That which is destroyed in this story, simply assumes a new phase of existence. In this story the family forms a new way of relating to each other so that they can all get along. Instead of being immature, leaving each other out, playing games, playing with fire, ignoring each other, hurting each other, they find a way to get along and support each other. That is the rebirth that happens in this story.

In today’s class we will focus on letting go of what we can, our exhalation, negative thought patterns, and tension in our bodies.